Palm-Tech home inspection software is a cloud-based solution designed to assist small to large property inspection agencies with the creation of custom inspection reports. Key features include form designing, signature capture, cost estimation, user groups and permissions management. The application helps inspectors create customizable checklist templates by adding logos and editing categories, ratings and sections. Controllers can collect information, prepare reports in PDF formats and send email notifications to clients. Additionally, the solution allows users to upload images and import them to respective reports or cover pages. Palm-Tech home inspection software comes with a tool, which enables users to view items due for inspections and add reviews after completion of the process. The solution comes with a mobile application for Android and iOS, offers a one-time license fee and support is provided via phone, email and documentation. 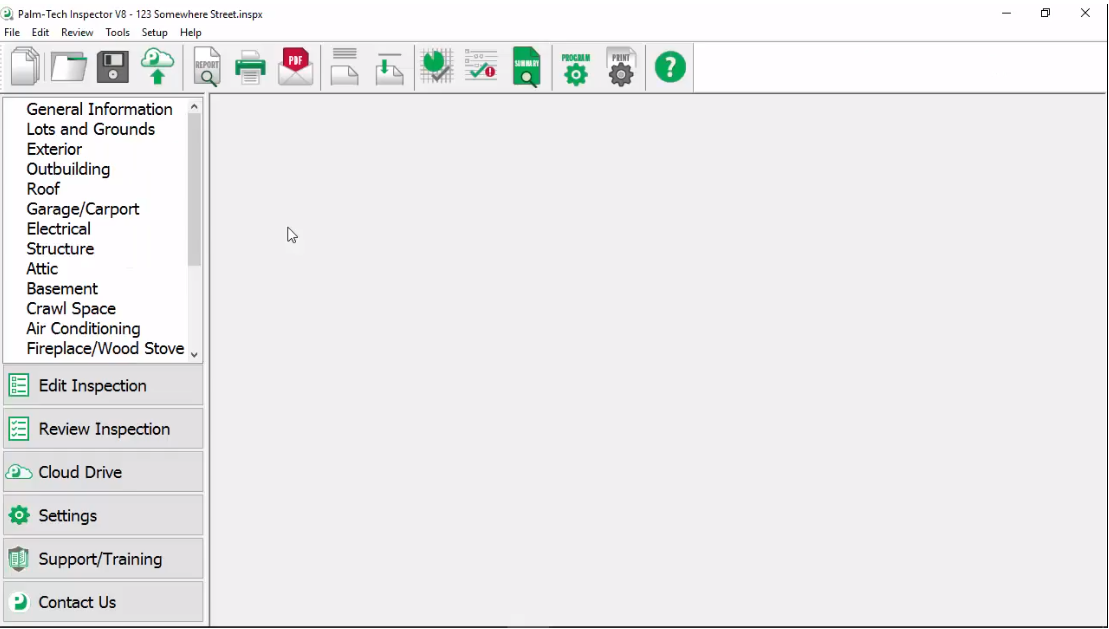 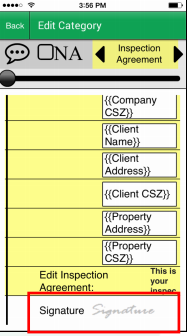 4.5 (485 Reviews)
HomeGauge ONE is a one-stop-shop, providing everything you need to manage, market, and grow your home inspection...
Compare Learn More

4.5 (43 Reviews)
Kizeo Forms is a mobile forms generation solution that is designed for businesses in several industry sectors, such as...
Compare Visit Website
View all alternatives

I have personally used Palm-Tech inspection software for my reports for many years. This is a great reporting program and very easy to use. Just as all software programs have a learning curve, once you learn it, it becomes easy. I recommend this to all inspectors.

Ease of use and works on iPad and Tables. Great customer service.
The program reduces my time in writing reports. Anyone not using this is working too hard!

Wish it worked on MAC without parallel or similar program.
Wish you could have illustrations automated into the sections with comments in the library.
Wish comment sections could have multiple colors in each section. Such as deficiency is red, general comment in blue and information in green or etc.

Realtors and Clients love my report

I have been a home inspector for 30 years. I came into the digital age of report writing kicking and screaming six years ago. I originally purchased other reporting software but it was too complicated and if I have a hard time understanding a report then how can a buyer or agent understand it? Many of my competitors use other formats that have so much filler and disclaimer after disclaimer that I can't even stand to read them. I love the simple just the facts capability of Palm Tech and all of my clients and agents love it too. But if you like disclaimers and fluff you can add that too.

Ease of use and clear reporting format.

That I did not switch to it sooner.

It gets the job done, until it doesn't.

I wouldn't recommend using Palm Tech if you have a Samsung Galaxy Tablet. I've lost entire inspections when the software crashed on the job site. The first time it happened I called customer support and they blamed my device. So I took their word for it, and figuring my device was defective I bought a new one (another Galaxy tab). Shortly after that the same thing thing happened again on a brand new device that only had 3 programs loaded outside of stock: Palm Tech, Easy WindMit Pro, and Easy 4 Point Pro. At the tail end of a marathon 8 hour inspection the device crashed while attempting to take a photo in Palm Tech. This had happened before, and usually I can get the information back, but this time I lost the entire inspection due to a corrupt file. Once again customer service blamed the device, and talked over me when I tried to explain that the device was brand new and that this had happened before where either the entire device crashes, or just Palm Tech crashes, and that it had happened on 2 new devices that had only been used for home inspection. The next time that it happened to me I called again to find out if they were having issues on Samsung Galaxies, and I got the exact same treatment. This time they blamed the device even though Palm Tech was the only program that crashed on it and lost my work. When I explained that the device didn't shut down, they blamed the wind mitigation program for blocking Pal Tech from taking picture. Not good. Here is customer service in a nutshell if you have an actual issue with the software not working properly: A person will answer the phone and you tell them your issue, they put you on hold for a minute or two, then they come back and tell you your device is at fault. I've called them several times for several different issues and each time I get the same treatment. They will not help you troubleshoot, and they've told me they don't know how.

I have been using palm tech software now for 13+ years, easy use with insertion of pictures at the location in report that the problem is located

Ease of use with picture insertion, pay for it one time and no more except updates

Great overall product. I am a fully licensed home inspector and I have used Palm Tech for 3 years across my desktop computer, tablet and phone.
Great customer support via phone if you ever get stuck.
Once you spend the time to add your own personal notes, such as common or recurring issues in a home, it incredibly speeds up report writing time.
I highly recommend Palm tech.