iAuditor by SafetyCulture is an inspection checklist application that allows users to build checklists, file reports and conduct inspections through a tablet or mobile phone. The solution is designed for a wide range of industries that require safety audits and inspections. iAuditor enables users to capture a variety of information in various file types and store audit history digitally to establish and view trends over time. The software enables users to create digital safety audit forms and develop interactive checklist templates. Users can convert their paper forms into digital formats by recreating them in iAuditor. In addition, users can conduct inspections without an internet connection. After inspection, users can export and email reports in various formats such as PDF, XML, CSV and DOCX. iAuditor is compatible with iOS, Android and Windows mobile devices, and interfaces with the larger SafetyCulture suite.
What is iAuditor?


iAuditor is an application for inspections and issue tracking that allows users to take corrective action on problems found.

How do I use iAuditor?


Users use the mobile appllication at sites in order to conduct inspections and log any issues found. Checklists and forms can be created and images can be attached to clearly show problems. Generated reports can be shown to customers to outline issues.

How much does iAuditor cost?


There is a free version of iAuditor. The premium version costs $19 per month per user. Custom pricing can be quoted for large enterprises in need of additional functionality.

Does iAuditor have an app?


IAuditor has an app allowing for inspections to be conducted in the field. 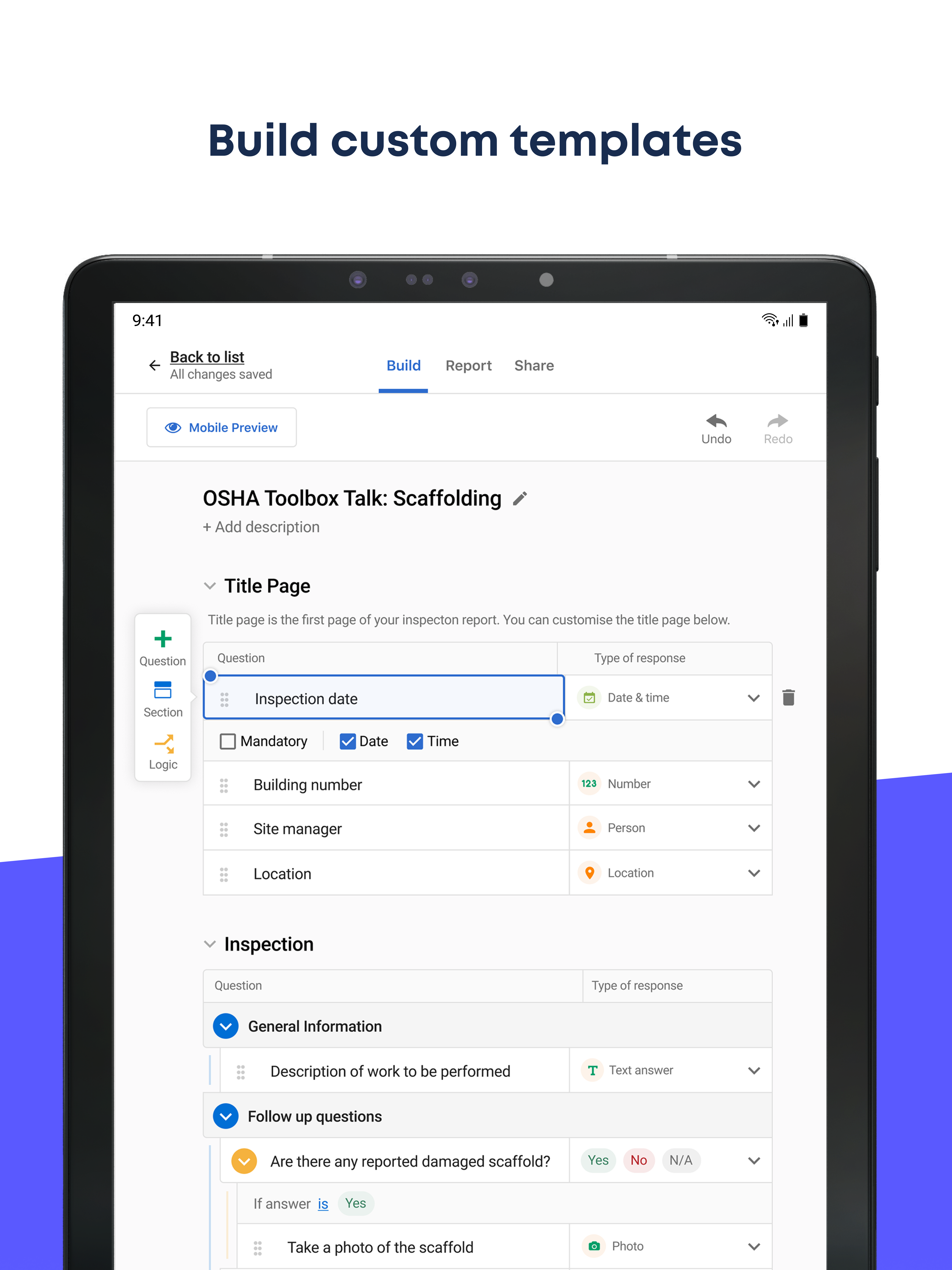 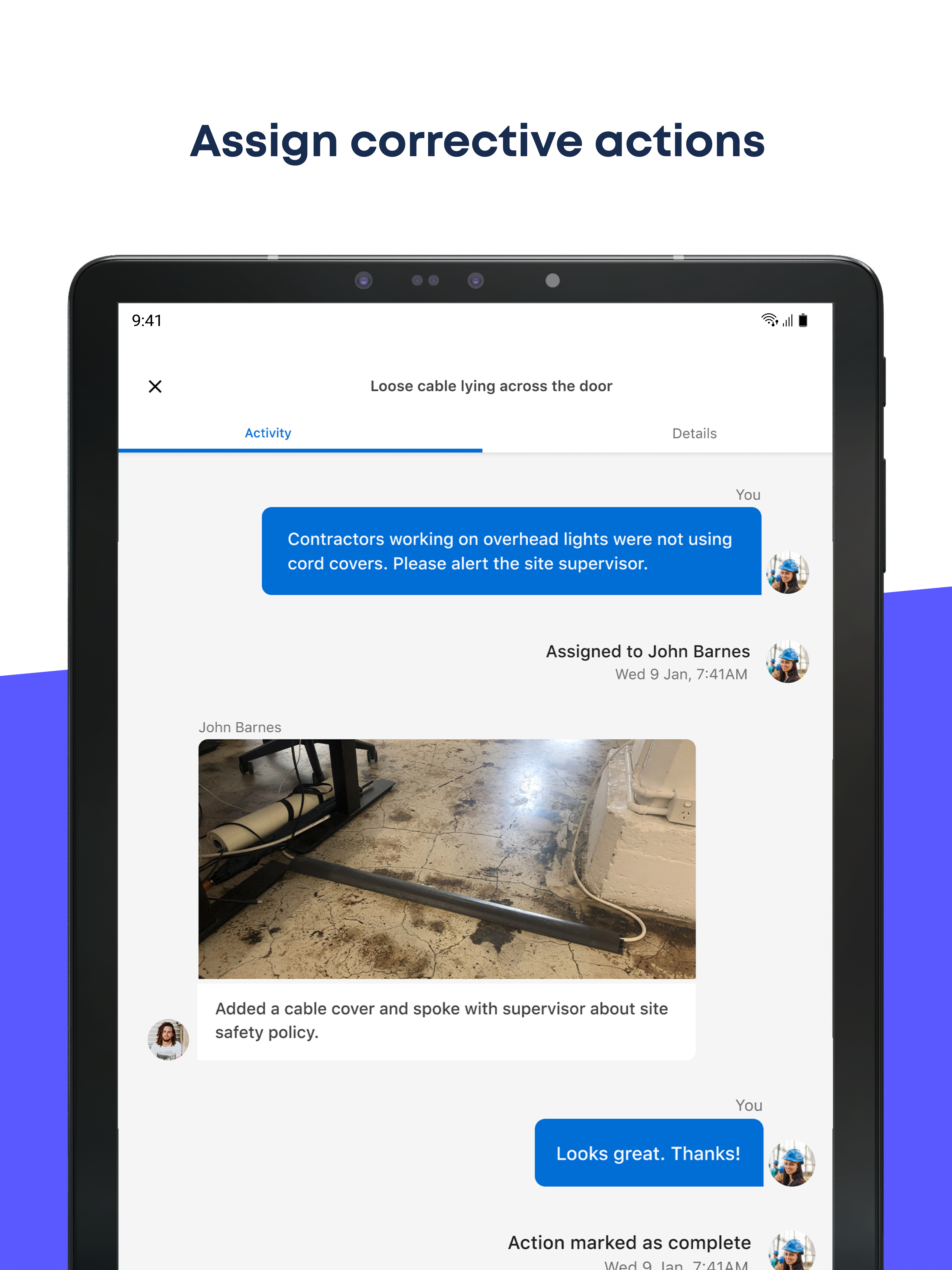 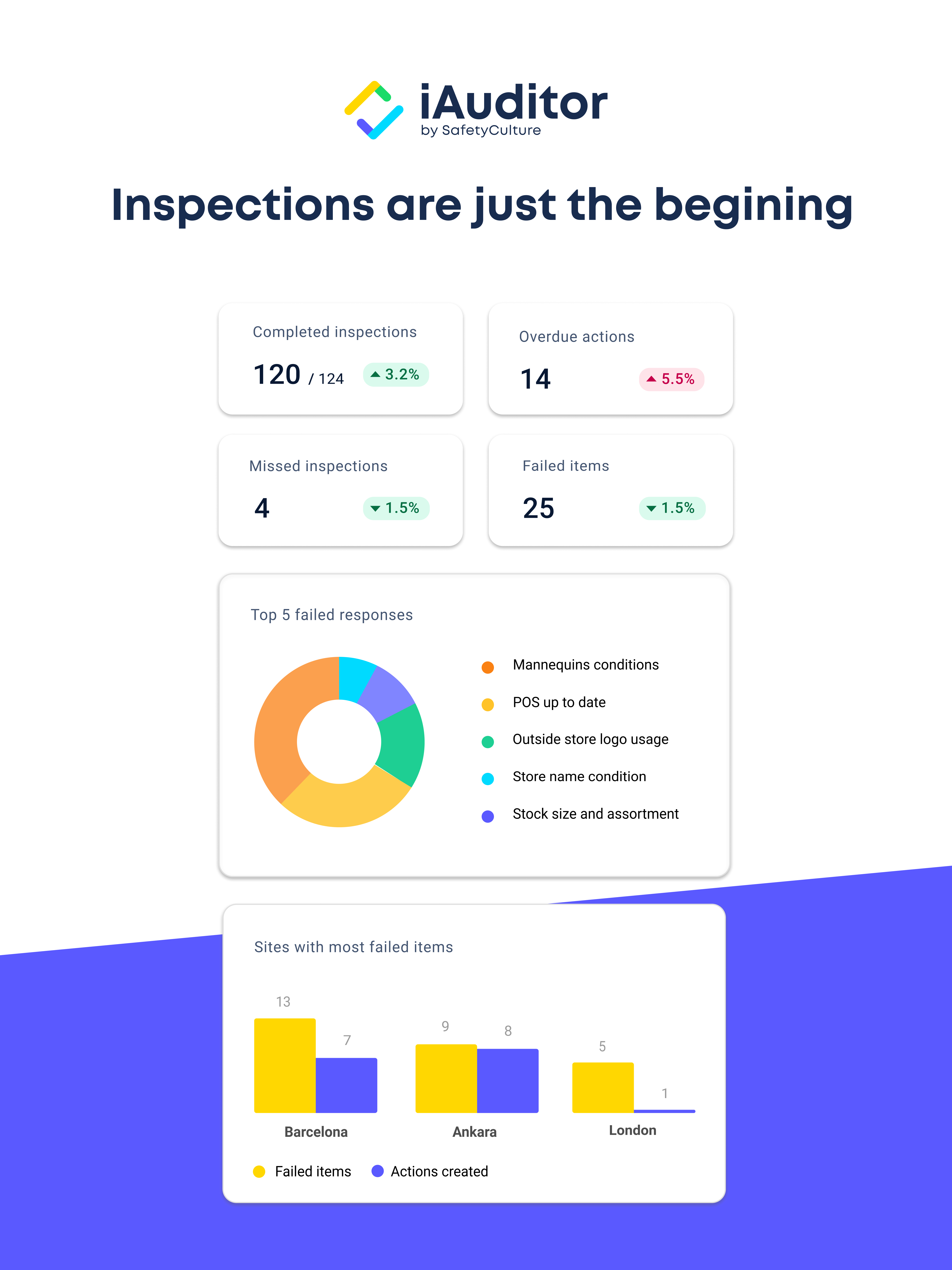 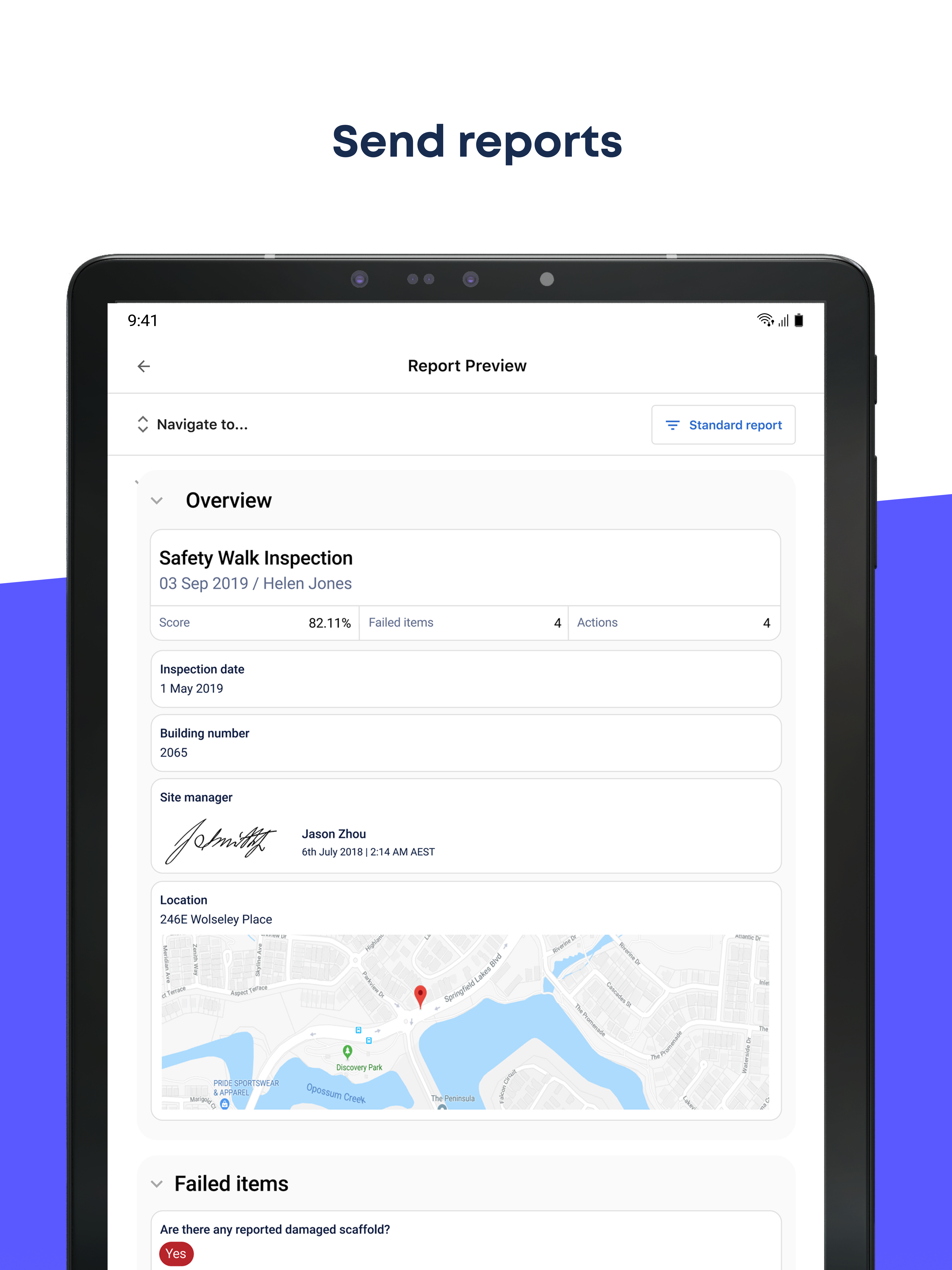 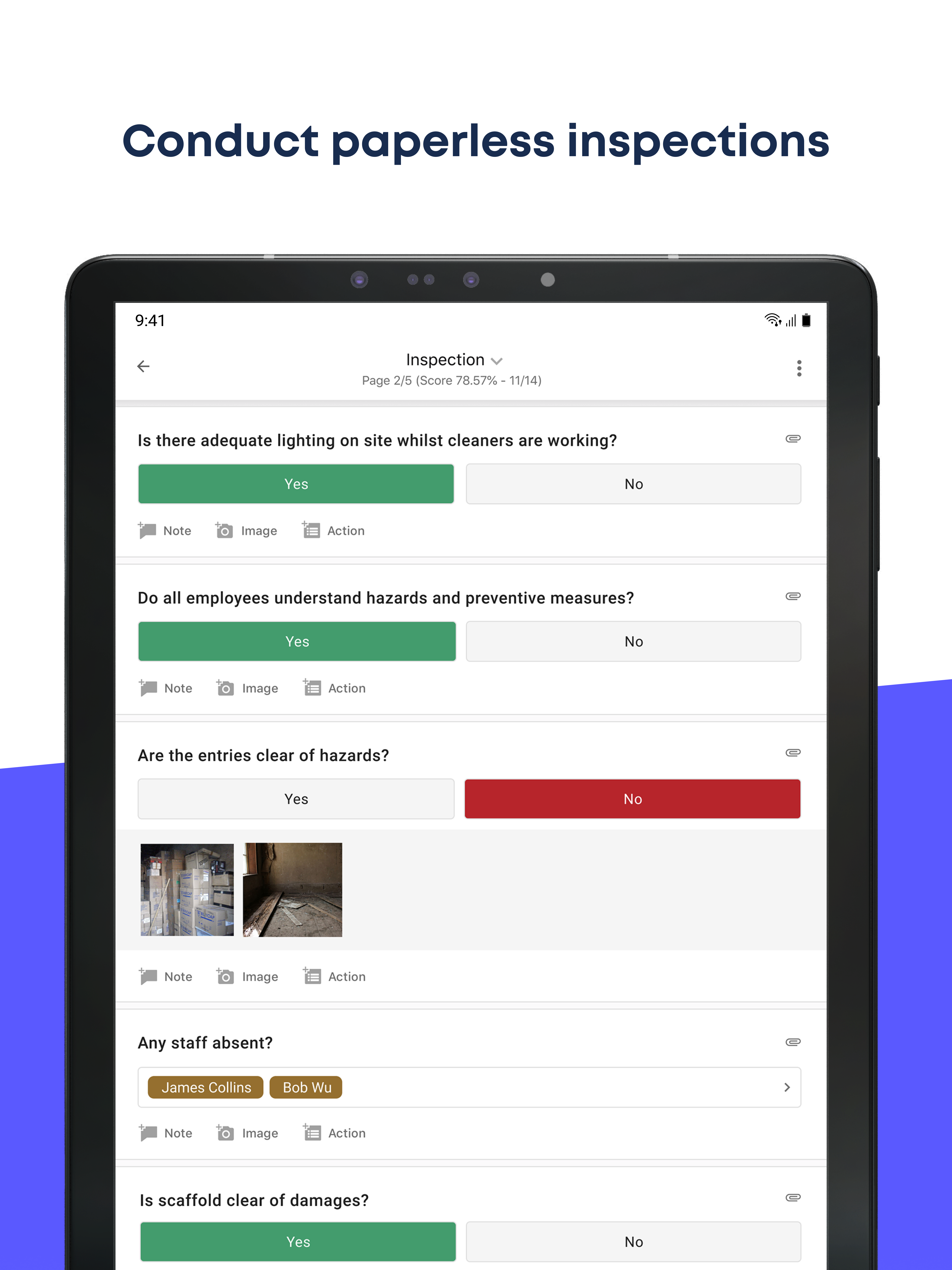 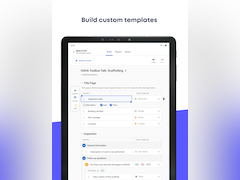 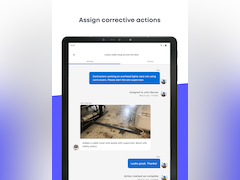 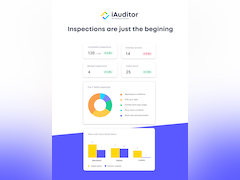 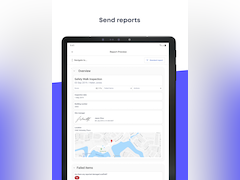 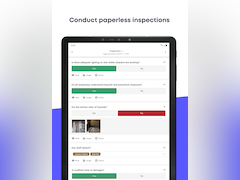 iAuditor has a free version and offers a free trial. iAuditor paid version starts at US$19.00/month.

This system is amazing. So easy to create and customize audits and checklists and get exactly what you want. And the analytics all you to see your results without having to do it yourself via spreadsheets. Great system!!! and customer service is second to none.

I struggle to find anything wrong, except for my personal dislike of the new report format, but i have the option to use the classic one so i can't really complain there either!

An Audit/Inspection Tool With Brains

The iAuditor customer service is exceptional. They were very responsive to my questions, when I was a newbie. That alone, was pretty impressive. But where they really came through was when they recently updated their template editor.

As mentioned above, I have become an iAuditor power user and I was told at the time of that editor update that my motorhome template was one of the largest templates in their system. When they updated the editor, they have not allowed enough storage space in the editor for such a large template. I should mention that I could still open and edit a new inspection, on either the Mac or iPhone. I just couldn't open the template, to make changes. I told them which template it was and within a very short time they got back to me and told me that it was in the memory allocation and they were working to resolve it. Within less than 24 hours from the time the issue was reported, they had resolved the problem - this in the middle of a major roll-out of a new tool. Wow! That's when I was really impressed. This is customer service that compares favorably with AppleCare.

The product just works. But when it doesn't, like during that editor roll-out, they get it working in short order.

Best of all, iAuditor works flawlessly on iPhone. I have tried other tools that were less than reliable on iPhone. In particular, HomeGauge crashes, on average, three times during every inspection and always with a loss of the most recent data (1 to 15 minutes).

LOGIC: Most audit/inspection software functions simply as a (dumb) check list. By that, I mean that there is no associated logic. iAuditor give you "IF" statements. I inspect motorhomes and there are dozens of options in such vehicles. With other software, I am asked questions about every option, even when that option does not exist. With iAuditor, my template asks if the coach has propane. If the answer is "no", then about 40 questions are not asked. This capability speeds up my inspections tremendously.

The template editor is easy to use. But it does take a little experimenting and getting used to. After that, tailoring a template to your specific needs is easy. To give you an idea of what I mean, my motorhome inspection template is about 7,000 items long (OK, I'm an iAuditor power user. But the point is that's possible.). A large part of that 7,000 items is logic. But the bulk of it is my own statements about each potential issue that might be encountered. There are only around 300 to 330 inspections items on a motorhome, but more than 2,000 possible issues to be found within those 300+ inspection items. So my iAuditor template includes every statement that has ever appeared in any of my inspections, going back years. Which specific statements show up is determined by which buttons or boxes are clicked. 98% of my report is done, when I leave and lock the door. That's a major time saver and it all comes down to one word - "LOGIC".

It also works flawlessly on iPhone!

There are only two things that I wish iAuditor had:
1) An "AND" statement. They have what amounts to an "OR" statement. But they are missing an "AND" statement and I would personally find that to be very useful. Their options are "IS", "IS NOT", "IS SELECTED", "IS NOT SELECTED", "IS ONE OF", and "IS NOT ONE OF". They could use two more options, which would be, "IS ALL OF", and "IS NOT ALL OF".

2) "PERSISTENT VARIABLES". Currently, variables only apply to the most recent question. For example, if the coach is all electric, it means that many questions my inspection template don't have to be asked. It would be really nice to be able to have at least a few persistent variables, that would be available throughout the template. That way, if I were to determine, early in the inspection, that the coach is all electric, the template could include various "IF" statements in various places later in the template, that would bypass all questions about a propane stove, propane oven, propane furnace, and propane refrigerator. In fact, the lack of persistent variables is one of the primary reasons why my motorhome template is more than 7,000 items long. With persistent variables, that number should be able to easily be cut in half or better.

But these are wishes for something that no other audit/inspection software has, either. In other words, they would make the best, even better.

Support staff is good, but cannot always solve the issue.

It's pretty easy to create a template and customize for your individual needs.

Back office the software is clunky and not very intuitive. Sync and uploads are minor league and frustrating.

Lost 2 and a half weeks worth of work and audits...

Easy to use. When the app works, its great. Just needs to be in service to use it without risking loosing everything which is not ideal for people in remote areas. Its very user friendly (IN WIFI ONLY)

The app. crashed on me after being on the road for 2 and a half weeks. I now have to re-write over 50 audits for students and rely on my memory which is NOT COMPLIANT. waste of my time and money. Very disappointing. I don't think iAuditor will pay me for the extra week in the office ill need to process my students. Would have been better off using Microsoft Word and a note pad.

It allows us to carry out Audits while we are moving around site and is a superb tool to work with, totally flexible and adaptable to our business

Allowing you to assign actions to another user, including details and time scales.
Email notifications

Actually there wasn`t anything that I disliked, I think it is one of the best work tool software programs that I have ever used.

Reasons for Switching to iAuditor

It offered the most flexible options for our business

Hi Paul. Thanks for the review and feedback. Really happy to see you are using and assigning Actions.